Twenty short film, 8 music video, 6 documentary, and 2 “other” concepts (which includes animation) were selected to move on to the next round. Finalists include learners from schools in the Western Cape, Northern Cape, Eastern Cape, Gauteng, Kwazulu-Natal, Northwest, Namibia and Zimbabwe (see the list below).  These finalists have free access to the Filmit Festival Shop Talk Sessions where industry specialists present informal talks about their respective fields of expertise, and learners have the opportunity to ask questions and engage in creative conversation with them.  The Shop Talk Sessions will be filmed and recorded and made available on the Filmit Festival YouTube Channel which will enable finalists from all South African provinces, Namibia and Zimbabwe to experience the Shop Talk Sessions should it not be possible to attend the sessions in person.

All finalists have the opportunity to submit their questions in advance to ensure their questions are addressed during the Shop Talk Sessions. These Shop Talk Sessions are also open to high school learners who did not make it to the final round or who did not manage to submit a pitch in time. These young filmmakers can attend the session(s) of their choice at a cost of R100 per session. The Shop Talk Sessions will be presented over four consecutive Saturdays, will kick off on Saturday 28 May, and comes to conclusion on Saturday, the 18th of June.  Thereafter finalists need to start completing their scripts, and start with production. The final films need to be submitted by the 16th of September 2022. Scharl van der Merwe (Nagvlug Films) – one of our first round judges. This is the second year Nagvlug Films is on board as judges and mentors. Lynne-Anne Vosloo is the new CEO and producer at
Moonlighting Films in Cape Town. Lynne-Anne is not new to
Moonlighting Films by any means. She has worked with the
company on various productions in a freelance capacity as
Line Producer for many years. These included shows like Mad
Max Fury Road (2012), the Giver (2013), The Good Lie (2013),
Jim Button & The Wild 13 (2018) and Black Beauty (2019).
Lynne-Anne brings 25 years of experience in the South African
film industry to the table and is known for her integrity, an
excellent work ethic, grace and a calm demeanour. As CEO
Lynne-Anne runs the day to day operations of Moonlighting
Films and their film productions.

Finalists and other high school learners who dream of making films should book well in advance by contacting Luna Paige at media@paulroos.co.za. Bookings close on every Thursday at 5pm prior to each scheduled group of Shop Talk Sessions. For e.g. Bookings for 28 May close on Thursday, 26 May, at 5pm. Media queries: media@paulroos.co.za. 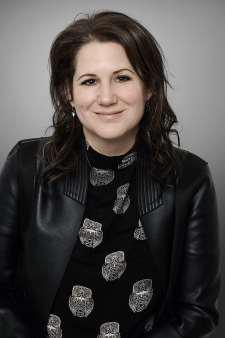 Multi-award-winning filmmaker Uga Carlini is the founding
member of Towerkop Creations, a boutique film production
company, which has been specializing in female driven
heroine stories since inception in 2010. Carlini’s first short,
Good Planets Are Hard To Find, which tells the
environmentally-themed story of Elizabeth Klarer, South
Africa’s controversial, often ridiculed ‘First Lady of Space’,
swept up awards and accolades internationally, was selected
from over 7000 entries to be part of Berlin’s 2011 InterFilm
Shorts Competition and was a featured short on US-based
SNAG FILMS. Uga’s option on the Penguin Random House
best-selling book ‘I Have Life’ has translated into her fulllength hybrid feature ‘Alison’. Translated into 7 languages
and a perennial on Penguin’s best seller list since 1998, the
book tells the harrowing story of Alison Botha, who was
raped, stabbed and disembowelled – and survived to rebuild
her life as an inspirational speaker. Alison became one of
South Africa’s most hotly-anticipated and multi award
winning films. Deploying a bold mixture of fairy tale idiom and unflinching frankness to tell its story
of survival, resilience and triumph, Alison was dubbed “a story of monsters, miracles and hope”.
Voted ‘Woman of the Month’ in the ‘Extraordinary Women Of South Africa’ initiative, Uga is the first
filmmaker and the first South African company inducted as a member of the South African /
American Business Chamber. Uga’s debut fiction feature ‘Angeliena’, released world-wide for Netflix
in October 2021 with Mad Solutions taking the Middle-East. ‘Angeliena’ tells the story of a beloved
parking attendant, who after a string of life-changing revelations, pieces a new plan together to
chase her dream of traveling the world. It held the Top Ten Films for South Africa for October with
the Sun UK voting it a Top 5 for streaming platforms. 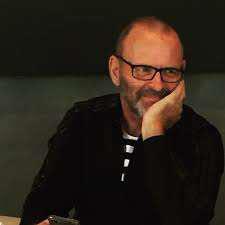 After obtaining a degree in Architecture at UCT, Hofmeyr
switched to the film industry in which he, at the age of 25,
became the youngest Key Grip on international feature films in
South Africa at the time. Ever restless, after 10 feature films, he
shifted to film editing and the making of award-winning short
films, both in video art- and drama categories. He currently
divides his time between producing and the writing of feature
film and TV series scripts. He also acts as 1st Assistant Director
on international features and series. He wrote the screenplay
for the feature film Four Corners which won ‘Best Feature Film
Award’ in 2015 at the SAFTAS and also represented South Africa
at the Academy Awards in the ‘Best Foreign Language’ category. Four Corners is available on
Showmax for viewing. It is advised to watch this film in preparation for Mr Scholtz’s shop talk

Herewith the finalists of Filmit Festival 2022: 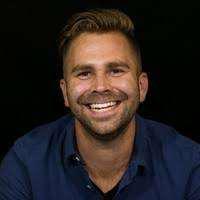 Christian Joubert is an award-winning Production Designer that
has been publicly recognised for his work on “Dis ek, Anna” and
“Liewe Kersfeesvader”. He has been working in the South African
film and media industry for the past 10 years and has completed
34 films to date. Christian was the Production Designer for
Netflix’s second African series ‘Blood and Water’ and local films
such as ‘Skemerson’, ‘Susters’, ‘Wonderlus’, ‘Nul is nie niks nie’,
‘Jou Romeo’, ‘Suurlemoen’, ‘Bakgat 3’ and Kyknet’s ‘Jou Sondag
Drama’ 13 films of 2019. Joining him in conversation are Marné
de Burgh (wardrobe design) and Louiza Calore (makeup).